Optimizing Cognitive Capacity in Children Through a Nutrient-Rich, Balanced Diet

Nutrition and exercise play an important role in a child’s cognitive function. The brain goes through many changes in early childhood, and this is a critical time to support optimal brain development through adequate nutrition. In fact, by the time a child reaches preschool age, the number of synapses per unit of cortical tissue, also known as synaptic density, has reached the same level as adults. Myelination, the process of insulating lipids laid down on brain axons, continues well into adolescence. The myelination process helps improve the conduction speed of fibers that interconnect areas of the brain, and myelination of the dorsal regions of the brain is important for higher cognitive functions.¹

While cognitive development is influenced by many factors, nutrition during early to middle childhood years plays a crucial role in the protection of the brain, brain synaptic development and myelination, and nutritional deficiencies contribute to impairments in neurodevelopment during this time.3,4

A healthy dietary pattern including vegetables, fruits, berries, high-fiber grains and fish, and low amounts of fast food, saturated fat, and refined carbohydrates is associated with better cognitive function and academic achievement.4 In fact, healthier dietary patterns pose an advantage for cognitive function in children. A population-based cohort study of children following a dietary pattern including more rice, salad, pasta, fish, and fruit at 3 years old was associated with a higher IQ score on the WISC-III (Wechsler Intelligence Scale for Children) when the children were tested again at 8.5 years old.13 Too much saturated fat and refined sugar can impair certain memory functions.14 A cross-sectional study on schoolchildren aged 6-7 showed decreased non-verbal IQ with increased consumption of refined carbohydrates.15

When it comes to breakfast, one systematic review on the effects of breakfast on cognitive performance of children aged 4-18 found that breakfast eaters had fewer errors on attention tasks when compared to non-breakfast eaters.11 Low glycemic index (GI) breakfast foods, e.g. muesli (GI 55) versus corn flakes (GI 81), show a benefit for the ability to retain acquired information and use stored information.12

A randomized controlled trial examined the effects of a food supplement (NEWSUP) containing plant polyphenols, omega-3 fatty acids, a variety of micronutrients, and a high amount of protein given to children <4 years old 5 days per week for 23 weeks. The control groups received either a soy and corn blend formula, widely used as a supplement in international food assistance programs, containing about 16% of the recommended daily micronutrients, or a traditional breakfast of rice containing about 1% of the recommended daily micronutrients. Among other nutrients, the NEWSUP version contained 255 mg DHA not found in either of the other formulas, more than 3 times the amount of protein, more than twice the amount of vitamin B12 and more than 4 times the amount of iron when compared to the soy and corn blend formula. The NEWSUP group showed an increase in oxygen metabolism and cerebral blood flow, supporting improvements in neuronal activity and working memory, respectively. The largest changes were noted in the prefrontal cortex, an area of the brain that is vulnerable to adverse childhood environments.9

Food insecurity affects the quantity and quality of food available to certain populations. This may contribute to a lack of adequate energy and nutrients, including protein, vitamin B12, iron, and omega-3 fatty acids, which are connected to neurodevelopment in childhood.3,4,7,10 School-age children in food insecure households are at risk for both academic and behavioral problems that can extend to a lifetime of low socioeconomic positioning, and poor academic and cognitive function. This can increase risk of unemployment and obesity in adulthood.3,5,6

Vitamin B12
A deficiency of vitamin B12 has been associated with demyelination, which is linked to delays in cognitive development, but more research is needed to determine the role of vitamin B12 in neurodevelopment and its connection to academic performance.3,16 A randomized controlled trial examined 1,000 children aged 6 to 36 months old who were provided with vitamin B12 and folate supplements for 6 months. After 6 years, the children, then ages 6 to 9 years old, were re-enrolled for cognitive assessments. The follow-up evaluation revealed that early supplementation showed no persistent long-term benefits on cognition, suggesting limited benefit of supplementation with vitamin B12 and folate on the developing brain.16 A small study showed that a higher vitamin B12 status during pregnancy positively influenced cognitive performance of children at 9 years old.17 With many families following plant-based eating styles, there is a risk of low intakes of vitamin B12 due to limited intake of animal products. Therefore, supplementation with vitamin B12 is recommended for children who have inadequate intakes.18

Iron
Iron is a nutrient essential for oxygen delivery to all tissues in the body, especially the brain, and is necessary for myelination.3 While babies are born with iron stored in their bodies, young children require a steady amount to help meet their needs during growth and development. Iron deficiency is one of the most common nutrient deficiencies in school-aged children in the US, especially in girls.10 Deficiency in iron can lead to a decrease in mental concentration and cognition.7 One way to help prevent iron-deficiency in children is by serving iron-rich foods. Animal proteins (heme iron) are very good sources of iron, and plant sources (non-heme iron), such as spinach, peas, soybeans, and lentils, are naturaly high in iron, too. Iron is best absorbed into the body when eaten along with foods that are rich in Vitamin C, including tomatoes, kiwi, peppers, and oranges. Also, the availability of nutrition programs, such as the school breakfast program, has been shown to increase the likelihood of meeting the recommended amounts of iron.7

Docosahexaenoic Acid (DHA)
Essential fatty acids play a critical role in brain tissue as components of neuronal membranes and modulators of certain membrane functions.2 The omega-3 fatty acid DHA, is the predominant essential fatty acid found in the brain that affects neurological functions. DHA is critical during brain development and maturation from gestation through adolescence. The frontal lobe of the brain is used during executive and higher-order cognitive functioning including planning, sustained attention, and problem solving, and this area of the brain is highly responsive to the supply of DHA during this period of development and maturation.19 DHA is necessary for myelination and other brain functions.19 Despite the necessity of DHA, studies show that the effects of supplementation on cognition are mixed, with some studies showing improvement in verbal learning and memory and other studies reporting no effects on tests measuring general intelligence and attention.20,21

Application for Healthcare Professionals
As healthcare professionals, we know the important role that nutrition plays in childhood growth and development. Choosing nutrient-dense foods, such as those that contain iron, vitamin B12 and DHA, as part of balanced diets is one way to optimize learning during the developmental years. The Orgain Kids Organic Plant Protein Nutritional Shake supplies 30% of the daily value for iron and 25% of vitamin B12, and the and Orgain Kids Protein Organic Nutrition Shake supplies 6% of the daily value for iron and 25% of vitamin B12. These shakes are an excellent way to improve overall nutrition intake for children as they supply 8 grams of protein and are a a good source of vitamins and minerals. Registered Dietitian and Orgain Nutrition Advisory Board Member, Erin Palinski Wade, RD, CDCES, CPT shares her expert opinion on these products, stating “I love keeping Orgain Kids Shakes and bars on hand for nutrient-rich, on-the-go snacks and meals for my family. Research shows that a balanced breakfast, along with adequate nutrition during the day, has a positive impact on learning along with behavior and performance at school. Since school mornings can be especially busy, I love that my kids can reach for a Orgain Kids Shake or bar and I know they are giving their body what it needs to perform at their best.” 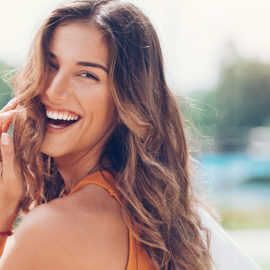 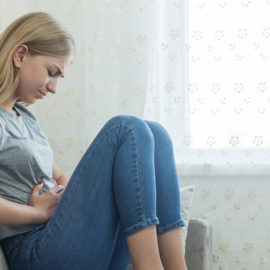 The Impact of Exercise on the Gut Microbiome 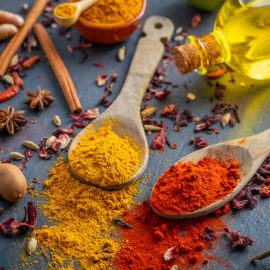 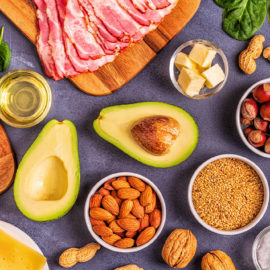